It was a long, full day for me. As it turns out, I ended up having a bit more work to take care of that week, and it required nearly a full day with strong Internet. (Things had happened with our AirBnb, like you know…a tree falling on it. Also, someone had committed bank fraud with our debit card, and we weren’t able to get cash from ATMs…sort of essential. Basically, an event like this for each day of that week. :))

In my quest for strong WiFi, I drove to Playa del Carmen in search of Starbucks. (I must clarify that it wasn’t for their coffee, but for their Internet. In my emphatic delineation between tourist and traveler, I initially refused to buy Starbucks coffee while traveling…well, at least for the first week. Fast forward to…just a week in Mexico City, I’d ordered a Cascara Latte, with a side of no shame.) In an effort to feel like I was paying for my Internet, I ordered two balls of Pan de Queso, one of the cheapest items on the menu, and also a happy snack for this gluten-sensitive gal’s body.

And there I sat, for many hours. Lunch passed, and supper was soon to do the same. I prefer to work in a quiet space, but in this case, Internet was the draw; and I didn’t know of a quiet, strong-Internet area. So many hours in the visually and auditory overstimulating environment, combined with getting myself in a state of Mihaly Csikszentmihalyi-esque flow, and my brain was done. (Probably also had something to do with my state working of sans almuerzo.)

One of several malls in Playa del Carmen, on my walk to Starbucks

There were just 3 more things on my list of things to do before heading home: find Justus some flip-flops, buy Daniel some toothpaste, and stop at this pretty amazing little food stand that our friend Emilia had introduced us to the year before. Check, check, and…

Enjoying Las de Asada as a family in 2016

Very randomly (and definitely providentially if in regard to food), we ran into Emilia just 2 days prior in Tulum. Emilia had been our driver in September 2016, and had taken us to a cenote and some other areas near Playa del Carmen. (We hit it off instantly, though she does have the personality that I assume makes many people feel like her best friends!) We had never been with her in Tulum. Yet in April 2017, that’s where we saw each other again! We had the address of the restaurant she’d taken us to then, but when we ran into her? Of course, we asked her the name of the restaurant: Las de Asada.

Upon packing up my mobile office, I set off with one mission: find Las de Asada. It was in the non-touristy section of Playa del Carmen, and soon I found myself navigating the calles of PDC. But apparently not the correct Calle (street), for soon I also found myself in front of someone’s personal residence.  No one was offering to sell me any food. That was using the geolocation address. Next, I used the Yelp-listed address. Now, I found myself at the end of a dead-end street with a grungy mutt looking like he wished to eat me. Again, no food for me. Strike two.

To my dismay, there was no Las de Asada. I pulled over, and pulled out my phone and searched for solutions. In the end, I decided I would just drive back home. (Cue hangriness setting in.)

And then…I just so happened to pass Las de Asada as I began the drive. It was on a busier street than I had mentally compartmentalized in my mind. But once I oriented myself to the surroundings, it made sense.

Soon, I was there, at Quintana Roo’s best kept secret.

I could see that they had expanded from our time there last September, with nearly twice as many tables. They’d also noted extended hours from 6am to 1am! (But as you’ll soon find out, needing food at 1a.m. wasn’t going to be a problem for me anytime soon.)

My big reason for coming was that you could order meat by weight. Of course, not being the USA, everything in the rest of the world is calculated via the metric system. For my husband, who was born in South Korea, converting back and forth between the metric system and the US alternative was second nature; however, for the daughter of a West Virginia coal miner, I was not graced with such familiarity (even though the metric system makes more sense).

Having driven at 80 and 100 kilometers per hour for several days, calculating between kph and mph was becoming a familiar routine. I’m learning that Celsius is a comfortable setting on the thermostat. Dividing the price in pesos by 20 was a quick and easy way to know the cost in USD. But in my short week here, I hadn’t done much calculating between pounds and kilograms.

I should also preclude the following story with the fact that it’s well known between both Daniel and I that when either of us have been working too hard, too long, we end up with what we call “brain fry.” Hunger and fatigue exacerbate that. My brain was experiencing both at the moment. Plus, I needed to place my order in another language, one in which I was not yet fluent.

So, here’s how it went down. I planned to purchase 5 kilograms of meat to take home, but I converted the opposite way, thinking i’d be taking about 2-3 pounds of meat back, and that would last us for 2-3 meals. However, pounds to kilograms go the opposite way of miles-per-hour to kilometers-per-hour.

As I sat waiting for my order, it dawned on me that I had just ordered 11 pounds of meat! No wonder it cost $66!!! (But hey, there was a guacamole order in there, too.)

I sat as the lone gringo in Las de Asadas, wondering what they were thinking of the crazy lady waiting for her 11 pounds of meat! (I mean, most people are shocked that I have four children. But how many kids could eat 11 pounds??!!)

We had been to a couple of “tourist restaurants,” and at those locations, as a family of 6, our bill had come to around $50+ But this was not a gringo stop. After a while, I consoled myself that I had actually gotten a great deal, even for buying + cooking meat ourselves.

After a fairly long wait, I was ready for my…weight. 3 bags FULL of meat and the accompanying tortillas (like 50!) and sauces (which I’m quite sure were more like 15 pounds total), I prayed the bags wouldn’t break, and went back to load the van. So did a kind man from the restaurant.

In the end, I have no regrets…

Only a fridge full of over 11 pounds of Quintana Roo’s best kept secret.

I picked up some pan de queso on my way home. Wouldn’t want that hunk of meat to feel lonely, would I?

(We were well fed for the rest of the week, which I’m sure is quite important to a happily ever after story?! :))

Beautiful sunset driving home…and I was getting scared because I was a little concerned about driving after dark. (Another story for another time…)

To check out, because it’s possibly related:

During our third week, we headed to our new lodging in Playa del Carmen, where we stayed for several nights before flying into Leon, Mexico, and then driving to San Miguel de Allende. What an incredibly different area! We felt a few waves of culture shock as we adjusted to the differences between the two.

We are continuing to use home exchanges and swaps for our housing, which has meant free housing for this first part of our travels (with a few groundskeeper/housekeeper tips and utility payments for our hosts).

For our housing in Playa del Carmen, we used Guest to Guest for the first time, and it worked out great. Our host was wonderful, and we both felt the arrangement was mutually satisfactory. (Sign up for this platform is free.)

For our housing in San Miguel de Allende, we used LoveHomeSwap, also for the first time as guests (we are currently hosting guests in our downtown Greenville property).

(We also flew to Mexico for free (plus taxes), using our Southwest Credit Card points. Yes, our entire family of 6 flew for free!) 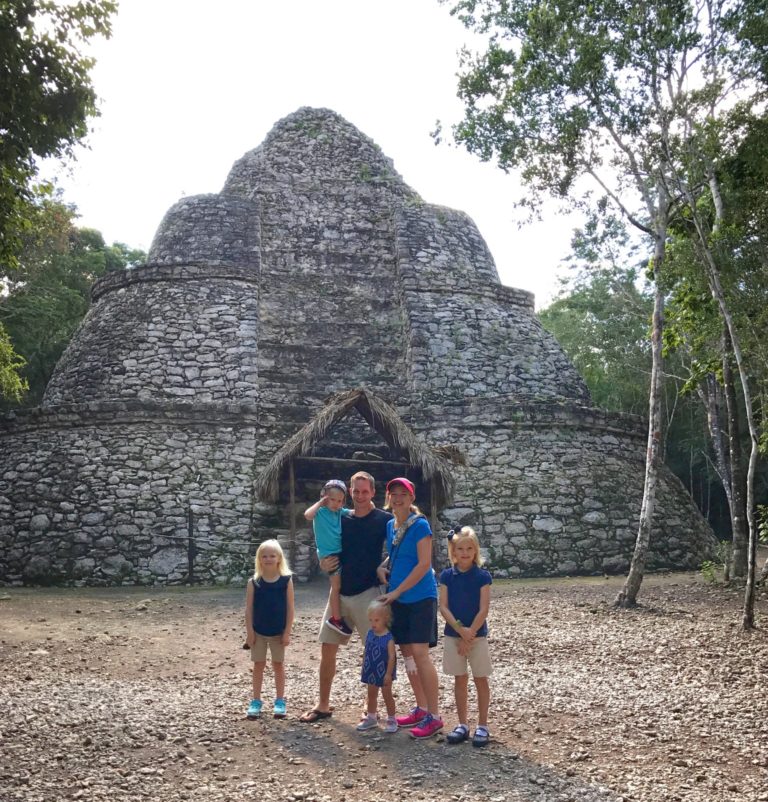